An exotic dancer has been allowed to claim the cost of certain clothes, hairdressing and make-up against her profits! 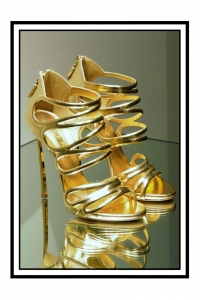 HMRC recently challenged a self-employed exotic dancer who performed at Stringfellows nightclub in central London. Their accusation was that she had claimed for clothing and make-up which they did not consider to be allowable expenses.

With help, the dancer fought the challenge and was successful.

A similar challenge was raised a few years back against a barrister who lost her cases for claiming dark suits and white blouses as business expenses.

So what differentiates these two cases?

The barrister was adamant that the clothes purchased were ‘wholly and exclusively’ for the purpose of her profession and that she would never have worn such clothes privately.  However, it was deemed that because the clothes had a second purpose, namely that of providing warmth and decency, that there was a duality of purpose, the clothes could have been worn privately and were therefore not deemed allowable.

On the other hand, in the case of the exotic dancer it was deemed that the clothes she purchased were deemed inappropriate to be worn outside of the nightclub.  As they could not be described as providing warmth and decency the costs were allowed to be deducted from her profits.

What can we take from this?  If you purchase clothes in relation to your business, which cannot be worn away from the job they are likely to be allowable.  If it could be argued that there’s any duality of purpose then it’s a no-no.