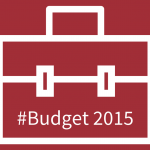 During his speech he made it clear that this was “a Budget that backs small business”.  In addition to cutting the corporation tax rate to 17% in 2020, he announced a business rates overhaul and a CGT cut that allows entrepreneurs to keep more of their gains.

Here’s our brief summary on the areas most likely to have an impact on our clients.

The government will introduce a statutory exemption from income tax and National Insurance for qualifying trivial benefits-in-kind costing £50 or less.  If the employee is a director there will be an annual cap of £300 on the amount of benefits that can be regarded as trivial.

In September 2015 the government published a discussion document aimed at modernising the tax rules for travel and subsistence (T&S). The government has analysed responses and concluded that, although complex in parts, the current T&S rules are generally well understood and work effectively for the majority of employees and has decided not to make further changes to the T&S rules at this time.

The government will introduce legislation in Finance Bill 2016 to restrict tax relief for home to work travel and subsistence expenses for workers engaged through an employment intermediary.

As announced at Summer Budget 2015, the government will abolish the Dividend Tax Credit from April 2016 and introduce a new Dividends Allowance of £5,000 a year. The new rates of tax on dividend income above the allowance will be 7.5% for basic rate taxpayers, 32.5% for higher rate taxpayers and 38.1% for additional rate taxpayers. (Finance Bill 2016)

In line with the dividend tax, the government will increase the loans to participators tax rate from 25% to 32.5%, keeping it aligned with the higher rate of tax charged on dividend income. The new rate will apply to loans made or benefits conferred by close companies on or after 6 April 2016.

Which reduces the cost of employer National Insurance contributions will increase to £3,000 from April 2016 but has been withdrawn from single person companies.