It’s not the view from the top of the mountain that matters, but the journey to get there…

Last weekend Esther (as part of her Girls Alive group) completed the National Three Peaks Challenge. This is an event in which you challenge yourself to climb the tallest mountain in Scotland, England and Wales within 24 hours. Her report of the event follows: 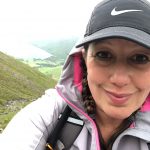 We started on Saturday morning with a flight from Gatwick to Glasgow, where we met our guide, who would accompany us throughout the weekend. We were directed to the minibus, which was to become our home for the next 24 hours, and headed up to Fort William, the town located at the base of Ben Nevis.

A huge thunderstorm met us with sideways rain, as family at home were sharing photos of Surrey basking in a 30-degree heatwave!  Not put off by the weather we readied our packs, did a group warm-up and made our way to Ben Nevis, the first mountain. 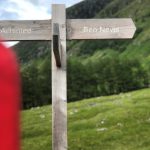 6pm, the clock starts and we cross the bridge to the mountain footpath as the weather breaks and the sun comes out.  Ben Nevis is a beast of a mountain and the climb was relentless, not helped by a 5am start that morning! We reached the summit in around 3 hours, enjoyed lots of group photos and took in the breath-taking scenery, but then it was time to get a shimmy on and descend before darkness. 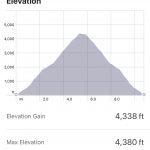 Sunset views encouraged us back to the minibus as we completed this mountain in a respectable 5 hours 30 minutes, without the need for head torches, result!

No time to celebrate though, we had a quick drink, a pasta pot and then got our heads down to rest as the minibus drove towards England. 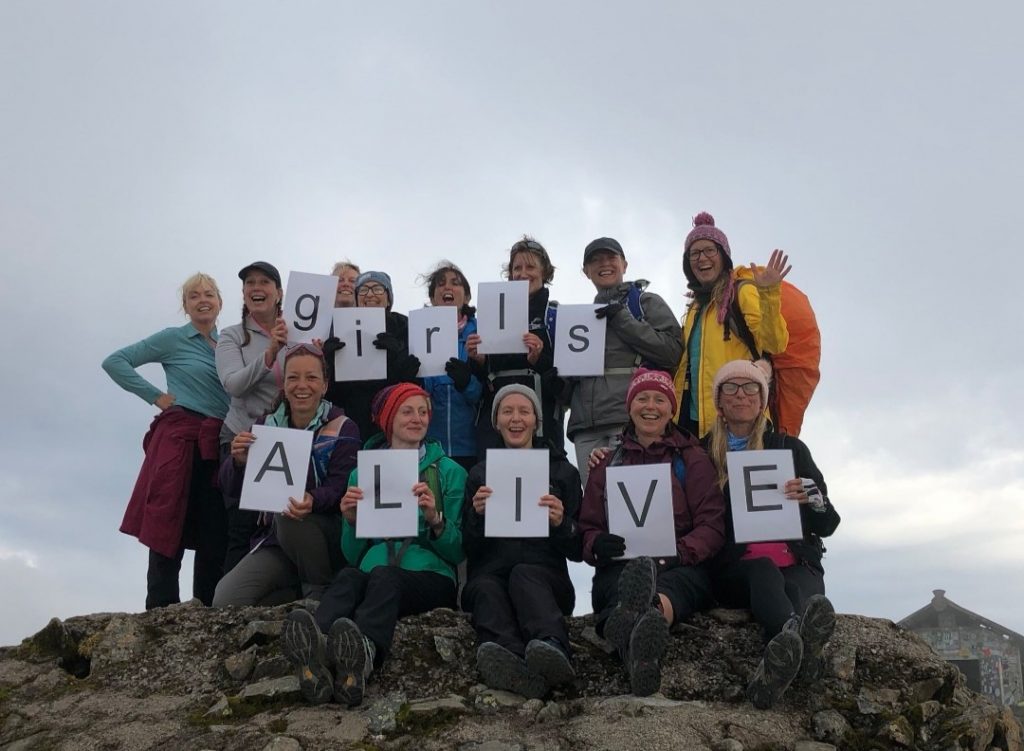 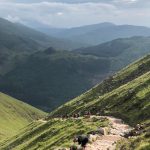 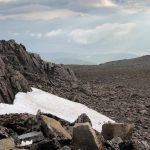 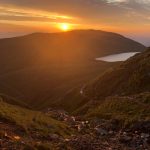 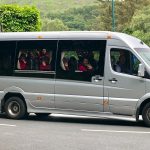 On an organised trip like this the driver must adhere to tacho rules and take regular breaks, plus the minibus has a speed limiter installed, therefore at 3.30am we pulled into a service station for the driver to have a break. This was an ideal opportunity for us to eat, ahead of the next mountain. The only outlet open in the motorway service station was MacDonald’s so at 3.30am we’re having chicken nuggets for breakfast!

Then back on the bus for a quick cat nap as we crossed the border.

We arrived in Scafell Pike car park around 6am, had a quick loo break and then set off. This mountain isn’t as high as Ben Nevis but is steeper and the footpath was either large uneven steps or unstable shale. With no sleep the going was tough, not helped by the fact that from the halfway point we were climbing in the cloud and so had no idea where we were going or where we had come from. 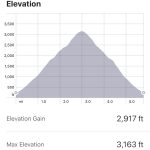 At the summit, the wind was howling and so we took the quickest of photos and then scarpered back to the safety of the bus.

Completion time for Scafell Pike was 3 hours 30 minutes, above average and testament to us wanting to get the job done! 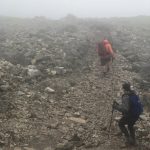 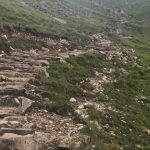 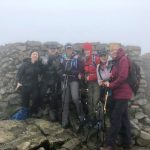 By now the minibus is feeling rather cramped, it’s untidy, a little smelly and we’re all feeling exhausted but the Girls Alive ladies share two things in common; a positive attitude and a great sense of humour. The banter is flowing and everyone is buoyed at the prospect of being more than halfway through the challenge with the completion time within our sights.

A quick stop at Chester services was required to change minibus driver, and we took this opportunity to prep our bags so that on arrival at Snowdon we were ready to head straight up the hill – time was tight and we didn’t want faffing to be the reason we failed. 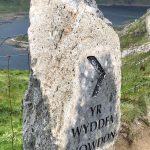 The car park at the bottom of Snowdon was packed with day trippers so the minibus driver literally chucked us out and we were off.

The start of Snowdon felt easy compared to the other two and at one point (after being left behind to take photos) a few of us were able to run a mile or so to catch up with the group, this wasn’t possible on the other climbs as the paths were too dangerous to run on. Sadly, this running respite gave us a false sense of security, which was then shattered as the Pyg Track we were using to take us to the top turned into a rock climb! With walking poles in one hand and the other hand clinging to the side of the mountain we scrambled over some tricky rock clusters and climbed carefully to the top.

Sadly, the cloud cover stole the view of Wales beneath us and almost gave us a heart attack when, near the top, a large diesel train appeared out of the cloud and chugged past us. If only we’d known about the Snowdon train…. 😉 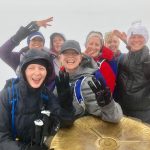 By now our legs feel like they’re full of lead as we drag our weary bodies to the summit. A gale was blowing and it was difficult to remain upright and so a very quick team snap shot and it’s back down the mountain, this time using the Miners Path back to the minibus. 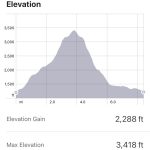 The time for Snowdon was 4 hours 10 minutes, which we were delighted with.
We finished at 8pm and headed to the hotel for a well-deserved dinner and a good night’s sleep. 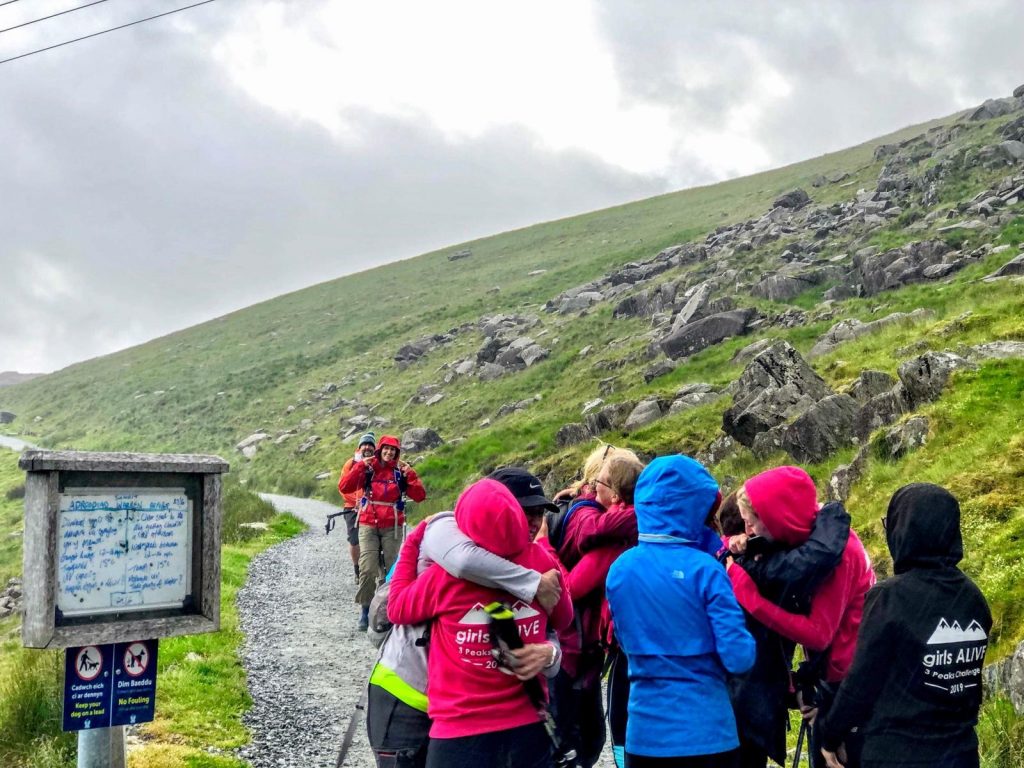 From the start of the first mountain to the completion of the third took us 26 hours. The Three Peaks Challenge aim is to complete all three climbs within 24 hours. This is split into 14 hours of climbing and 10 hours travelling. Our split was just over 13 hours climbing but 13 hours travelling, due to a delayed flight and road closures and therefore despite not finishing within the targeted 24 hours, we still feel chuffed that we made the climbing element within the challenge parameters. 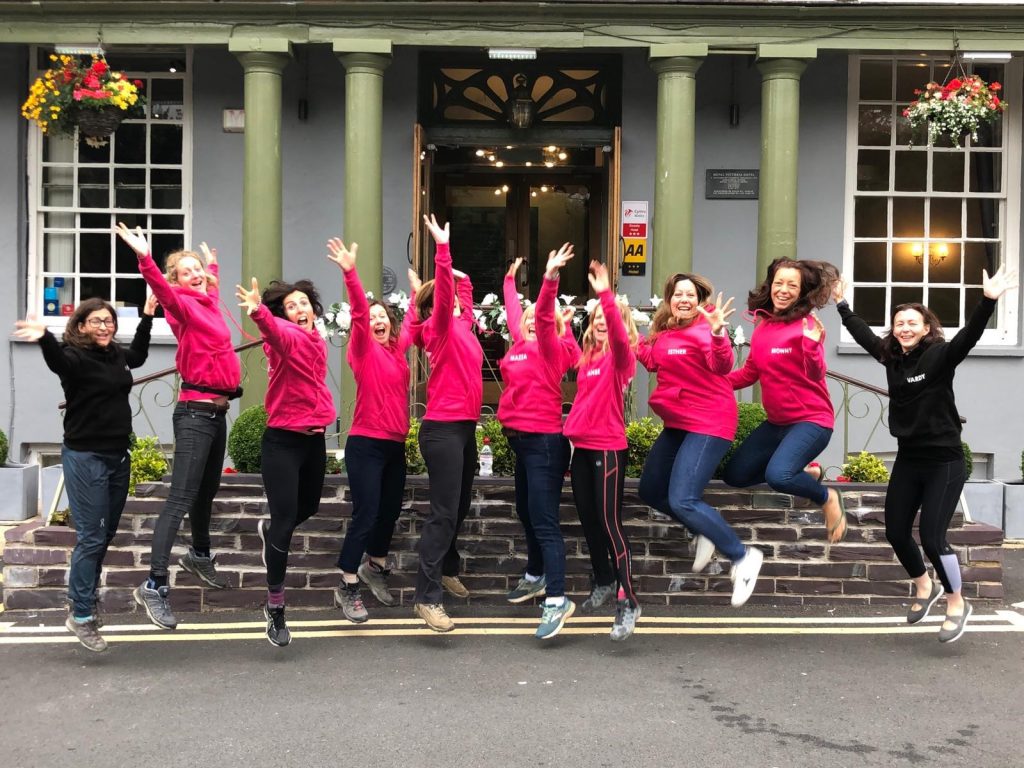 Every one of the ladies on the trip had a wobble of confidence at some point over the weekend, we all needed to dig deep to keep going and at times questioned if we could make it, but with loads of support for each other we were able to come together as a team to complete the challenge.

This was an epic challenge of physical and mental strength. Each mountain tested our endurance and emotional resilience to the max but with this amazing group of inspiring and impressive women we felt that anything was possible.

The total walking distance was 25 miles, total ascent was over 3000 metres: